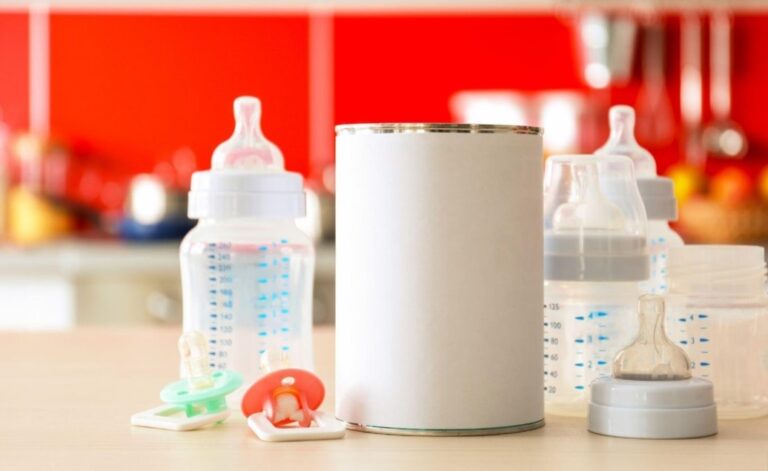 It’s no secret that European baby formulas get increasingly popular in the US. Chances are you’ve been considering switching to the EU-made baby foods as well. But is the whole deal really worth the hype? Are there any well-grounded reasons why you should opt for European infant milk over those made in the USA?

Let’s talk about this in more detail. Hopefully, the information below will help you make the decision that’s right for you and your family.

Why are formulas made in the EU hard to find in American stores?

All baby foods that come to American stores are regulated by the FDA (Food and Drug Administration). As a regulatory body, it’s similar to the European Commission. FDA sets specific requirements for the number of nutrients included in infant formula. Interestingly enough, many of these requirements are similar to those of the EC but there are some notable differences too.

The thing is baby milk manufactured in the EU countries hasn’t been approved by FDA. This means that marketing these products in the USA is illegal. This, however, doesn’t mean that you can’t buy European formula. It might be a little more troublesome than a simple trip to a grocery store, that’s true. But you can buy these infant foods at online stores like organicsbestshop.com.

What differs European baby foods from those produced in the US?

It should be noted that whether it’s a US-made product or an EU-made one, the standards for infant nutrition are pretty high everywhere. There’s no dramatic difference between baby foods produced in America and European countries.

They are all made with your and your baby’s best interests in mind. That being said, you as a parent and caretaker should have full freedom of choice when it comes to certain ingredients that might be undesirable. At the end of the day, it’s only up to you to choose the product that’s best for your little one.

What does this mean? The EU standards regulate more than just ingredients included in the products. They are also about where these ingredients come from, how and where they were produced. It means that the cows that produce milk, the grass they eat, the soil this grass grows on – this all matters.

The EC rules don’t allow the use of non-natural fertilizers, pesticides, or other potentially harmful chemicals on farms that supply products for infant food manufacturers. Any GMO-based products are prohibited as well. As are some processing techniques that might pollute the final products with undesirable components. This way they make sure that your little one’s food is all-natural and truly organic.

2. All European infant food producers must meet the most stringent requirements to ingredients

The European Commission has a rather lengthy list of requirements when it comes to ingredients. The one that seems most important is they prohibit the use of added sugars and components such as carrageenan.

While FDA allows including sucrose, corn syrup, or glucose in American formulas, you won’t find them in products made in Europe. Attempting to mimic human milk as much as they can, European manufacturers use lactose as the only natural sweetener. It’s also a great source of carbs.

Carrageenan is a substance used as an emulsifier and thickener in various kinds of food. It’s completely natural (they derive it from red seaweed) and might be quite okay for adults. Your baby’s sensitive and vulnerable body might not take it well, though.

There is evidence that carrageenan can cause various digestive issues. And while it’s greenlighted for American manufacturers, European products come without it.

3. EU-produced formula is gentle on your baby’s sensitive GIT

Most popular European brands contain probiotics and prebiotics to help your baby’s digestion and support intestinal microflora. This is important for multiple reasons. Firstly, as your child’s gastrointestinal system is still developing, it’s extremely sensitive and vulnerable to external factors.

This is not to say that American products don’t contain these at all. However, the practice of adding prebiotics and probiotics to infant foods only gathers momentum. In the EU, it’s been established for a while now.

What are the differences that can get you confused?

Unlike American products, European formula most often comes in cardboard boxes, not metal cans. This is more of an unusual factor and can hardly be a deal-breaker for many parents.

Another difference is that EU-produced baby milk comes in stages according to the age they are intended for. Stage 0 or Pre is for preemies and low-weight newborns. Stage 1 is for infants up to 6 months old. Stage 2 is for babies up to 12 months old and 3 is for children older than 12 months and toddlers. There are also specialized products for infants with a sensitive digestive system.

One thing that seems like it might be a major problem for an American customer is the language on the package. The most popular European products (Holle, HiPP) come from Germany and accordingly, their labels are in German.

This might understandably worry many parents in the US. However, the online stores that sell European formulas normally have all the labels translated to English on their websites. Besides, you can always contact their customer support for clarification when you need it. You can also find plenty of information on ingredients, shelf life, dosage, and methods of preparation online.

Because ultimately, you are the judge of what’s included in your little one’s diet or excluded from it, there’s no definite answer to this question. Consult a pediatrician. Do your own research by learning more about the ingredients included in American or European products.

Weigh all the pros and cons carefully. Finally, decide what’s best for your baby. After all, who else knows your little one better than yourself?