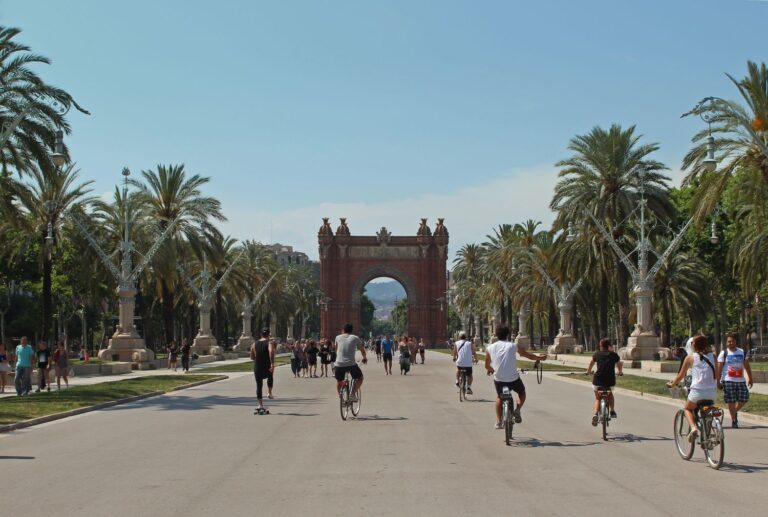 Some experts believe that cannabis clubs have achieved such popularity thanks to a legal loophole in the law. Others see the reason for their growth and success in the tolerant policies of the country.

Be that as it may, community cannabis clubs are thriving in Spain. The atmosphere of safety created by them is increasingly attracting both local residents and tourists.

Particularly popular among cannaturists is Catalonia, which is increasingly called “New Amsterdam”.

According to Canna Byte, there are four million consumers in the country itself, and every year between 6.5 million and 12.5 million people from all over the world come to enjoy the local weed barcelona. The government is well aware of the current situation in the country. His tolerant stance on cannabis and the lack of clear regulations have led to an increase in questionable dealings at some of these clubs.

Formally, cannabis and related commercial activities are banned in Spain, but personal use and cultivation are decriminalized. In fact, as long as cannabis consumption does not go beyond the private sector, the police do not intervene. This approach has led to the formation of a gray area for business.

Thanks to cannabis tolerance policies, about 400-500 cannabis social clubs (CSCs) have been established since 2001. There are about 200 such establishments in the province of Catalonia. And most of them are located in its capital, Barcelona.

The legal loophole the clubs use is called “co-consumption”.

Cannabis is usually grown collectively in them, and then it is distributed among paying members who have the exclusive social right to use it. The membership fee is 20-50 euros per year. After harvest, club members also pay for the cannabis they use.

However, in their work, clubs must adhere to fairly strict rules. Formally, the sale and distribution of cannabis in Spain is still a criminal offense, which is punishable by imprisonment from one to three years.

Main criterion: clubs must be registered as regional associations. The legal system in Spain allows some regions to make their own laws.

It is forbidden to admit unauthorized persons who are not members of clubs. On paper, you can become a new member only on the recommendation of another member of the club. But there is an opinion that most clubs do not adhere to this rule. Cannaturists come to the country and pay a lot of money for access.

Clubs are not allowed to engage in commercial activities, and the sale of cannabis is considered illegal.

On the other hand, the law does not prohibit the sale of memberships.

Thus, the payment by the consumer of the herb is considered a membership fee.

The amount of cannabis used in clubs is limited because there is a fear that it could be sold outside of them. Ultimately, each member has the right to consume three grams of grass per day, which is quite enough for a recreational fuss.

Prospects for the development of cannabis culture in Europe

The club system is hugely popular, providing an alternative option for cannabis users, along the lines of Amsterdam coffeeshops.

The clubs also oppose the black market trade in cannabis of unknown origin. Theoretically, the more clubs, the smaller the coverage area of ​​street hucksters.

On the other hand, clubs need to find a middle ground when restricting access to cannabis for new members. As long as membership restrictions are in place, many consumers have no choice but to buy illegal and low-quality cannabis on the side.

In the future, making it easier to join cannabis clubs will allow more people to benefit from safer products in a relaxed environment. But this requires further easing of drug policy by the authorities.

The clubs could be a boon for the Spanish government as the tax revenue collected from these establishments could help the economy, which has been hit hard in recent months by the coronavirus.

Thousands of people work in the cannabis industry and social cannabis clubs and in the future their number will only grow.

European countries are closely following the development of the club movement. Even in the UK, they have begun to appear despite being illegal.

Who knows? Maybe the Spanish experience will bring positive changes to the post-Brexit country.

Below, you can see a few clubs that we recommend, but remember that in all clubs, you need to get an invitation.

Located in central Barcelona, ​​Choko is a spacious club known for its plush decoration, artistic flair and cool lounge music. Two factors make it unique. First, Choko has its own genetics team, which has already won several awards for in-house strains, the most famous of which is the Choko strain, a potent sativa. Second, they serve hot food, which is a rarity among Barcelona’s clubs. Known for their friendliness, the staff have a motto: treat members like royalty. This makes this club the perfect place to catch up on some work, hang out with friends or just chill, smoke and listen to the tunes.

HQ BCN is one of the older clubs in the city – by the way, “HQ” stands for “Hanfquartier”. The club was opened by David Madilyan shortly after he moved to Barcelona 17 years ago. Being a hash smoker himself, David’s goal has always been to provide HQ BCN club members with the  very finest hash  . So he bought a press and started making hash records. Since then he has entered several tournaments with his hash, often taking first place. Because the Hanfquartier cares about the well-being of its members, the club regularly organizes events with live music and basketball tournaments, as well as monthly meetings where members can offer suggestions to keep the club up to date.

The Plug BCN is one of the newer clubs in town and although it’s only been open for two years, in that short time it’s built a strong reputation and won over 50 awards. In 2017 and 2018 it was voted the best club with the best extracts by Spannabis, Spain’s largest cannabis fair that takes place in Barcelona every March. With murals of Tupac and Migos covering the walls, testament to the club’s connection to hip-hop, the Plug BCN attracts a lively crowd and is a favorite with industry representatives from abroad. One of the in-house breeders, a lady named La Flaca, wins cannabis competitions across the country, most recently winning all categories at the ExpoCañamo in Seville.