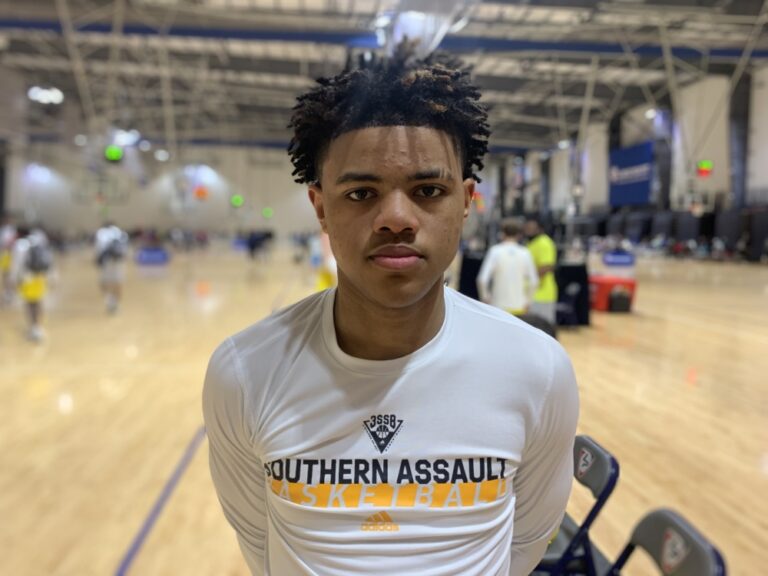 The top-five prospect in the class of 2023, as ranked by ESPN, has committed to play basketball at the University of Baylor next year. Keyonte George, a 6-foot-8, 210-pound forward from Hawthorne, New York, is the No. 1 ranked senior by ESPN.com’s 2019 Top 100. With the Bears, George will join point guard Tyger Campbell, who signed with Baylor in the 2018 class.

Keyonte George, a five-star point guard and the top-ranked player in the class of 2023, committed to Baylor University. He made his decision on Friday at the Cliff Hagan Basketball Center. George, an Antigua-Barbuda native, is the No-. 4 ranked player in his class and the fourth-ranked point guard in the country, per 247Sports.

On Sunday, Keyonte George, a top-five talent in the 2023 class, committed to Baylor.

George picked the Bears over Texas, Oklahoma State, Kansas, and Kentucky after narrowing his choice in May. With the exception of Kentucky, he visited four of his final five colleges on an official basis. For much of the spring, Texas was considered the frontrunner, but after ESPN 100 guard Arterio Morris committed to the Longhorns in mid-July, the focus turned to Scott Drew and Baylor.

“As a scoring guard, I felt like Baylor was the greatest match for me,” George told ESPN. “Seeing how they played this year shows that they let their guards go; they already had a winning culture, and their playing style aided in my decision, but winning it all didn’t play a role; it was mostly the relationship with Coach Drew and their play style. Their plan is to develop me and make me the best version of myself, help my team win, and hopefully get to the next level.”

George, a 6-foot-4 shooting guard from the iSchool of Lewisville in Texas, is rated No. 4 in the ESPN 100 for 2023, but will jump to No. 2 when the top two players, Emoni Bates and Jalen Duren, reclassify to 2023. Since the ESPN recruiting database started in 2007, George has risen to No. 2 as the highest-ranked Baylor pledge.

He described Coach Drew as “one of the most compassionate men I’ve ever met.” “He really cares about his players, his coaching staff, and everyone associated with the program, and he makes you feel like family.”

During the high school season, George averaged 24.8 points in 24 games, including 27 points against Oak Hill Academy (Virginia) and 34 points against AZ Compass Prep (Arizona). In early July, he played with Southern Assault 3SSB on the Adidas grassroots circuit, scoring 24 points and grabbing 19 rebounds against five-stars Chris Livingston and Mikey Williams.

George uses fluid and deft moves with the ball in his hands to get past opponents using bounce, leverage, and power to score in the paint and finish at the rim. He has a strong middle game that he understands when to use. He pulls up with balance, elegance, and elevation as opponents back up to knock down shots beyond the paint and inside the arc. His 3-point shot has a lot of range and is quite accurate. He can shot-fake and jab-step past opponents thanks to his shot-making skill and triple-threat body posture.

George is difficult to defend because he can score with a live dribble while also cutting off screens and getting to an open pocket of space without the ball. When opponents try to steal the ball from him, he maintains his composure. To be a great two-way player at Baylor, he has to work on his defensive game both on and off the field. With Baylor’s guard growth and on-court success, as well as George’s work ethic, he’s on his way to being an impact player for Drew and a possible lottery selection.

George joins point guard Dillon Hunter as Drew’s second pledge in the 2023 class (No. 46). After bringing in small forward Kendall Brown for the next season, the Bears have secured a five-star winger for the second consecutive class.

Drew and his staff are still in the running for Vincent Iwuchukwu and Anthony Black, two top-30 prospects.

“I’m hoping to acquire Vincent Iwuchukwu,” George expressed his hope. “I’m going to speak to him and see if he wants to join the family since Baylor is in his top five.”